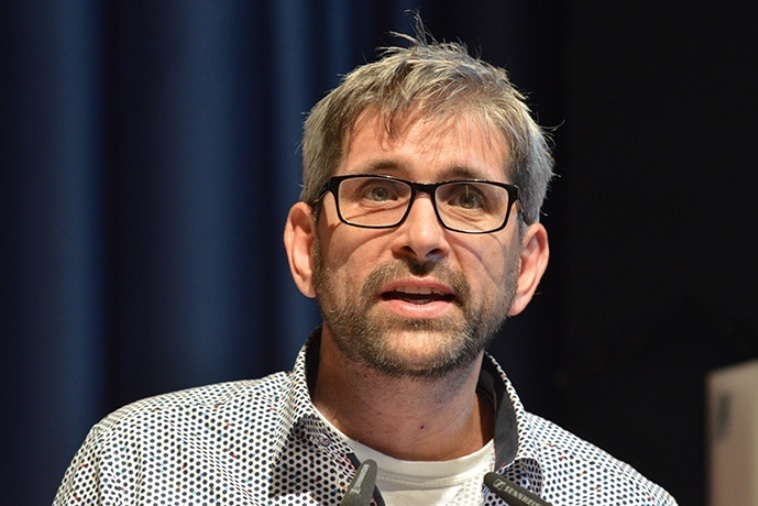 The Rev. Stefan Schörk, who granted asylum to an Iranian man in his church in Pegnitz, Germany, in January 2021, has been fined for “aiding and abetting unauthorized residence.” The United Methodist pastor said he is disappointed with the verdict but hopes it provides an opportunity for changes regarding church asylum in the state of Bavaria. | Klaus U. Ruof, UM Communications GermanyA United Methodist Church pastor in Germany has been sentenced for housing an Iranian refugee in one of the churches he oversees, having been found guilty of “aiding and abetting unauthorized residence.”The Rev. Stefan Schörk, who oversees churches in the German state of Bavaria, was sentenced to two years’ probation and fined 1,500 euros (or approximately $1,700 U.S.), which was upheld on Nov. 8 by the Bayreuth District Court. The pastor plans to appeal the verdict.Schörk defended his actions, arguing in a January television interview that the young Iranian man “urgently needed” asylum due to “an official failure,” UM News reported on Tuesday.In January, Schörk gave the Iranian refugee asylum at a church he oversaw in Pegnitz, approximately 35 miles northeast of Nuremberg.At issue was that the Iranian immigrant would be deported to Greece, where he had first claimed asylum. The deportation would have separated him from family members already living in Germany.Schörk was accused of unlawfully granting asylum to the Iranian refugee. According to the courts, only the state can grant asylum status in Germany.“When I look someone in the eye who tells me about their suffering, then I have to act,” said Schörk, as reported by BR24.“That is my faith that I try to live. I preach about love for my enemies and my neighbour every Sunday. So my words must also be in show my deeds.”There have been multiple legal cases in Germany related to church officials who have attempted to shelter refugees at their churches.Juliana Seelmann, a nun from the Oberzell monastery in southern Germany, was fined several hundred euros earlier this year for granting “unauthorized residence” to two Nigerian women attempting to escape forced prostitution in Italy.According to the German state-owned news outlet Deutsche Welle, churches prevented nearly 500 deportations in the first quarter of 2018. But in 2019, authorities rejected almost all church-based asylum cases.German authorities have argued that churches should not have a special status or legal exemption to asylum laws or interfere with processing deportation orders.Originally published in The Christian Post.